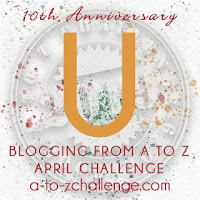 The violinists’ notes blended flawlessly into the myriad concert arrangements. Beethoven was well-represented. But Bach’s Brandenburg concerto medley stole our hearts. One of our ancestors, Dorothea, had been a musician at court during the reign of King Frederick William IV. Had she played violin for him, or entertained his wife, Elizabeth of Bavaria and her entourage?
At intermission, Vondra sprang from her seat as though possessed. “I experienced the strangest fantasy during that final violin solo, emerging into a mid-19th century castle of Ludwig, the fairy tale king. Dorothea was strolling the halls.”
Without prompting, she described the unusual vision.

Everyone seemed to know Dorothea, gowned in pale blue taffeta that matched her eyes. Several other female musicians surrounded her. One asked about a woman Dorothea encountered in the hallway. Why was the woman weeping? Dorothea said the poor woman revealed that her engagement was off. Her cruel father had insisted he could never accept such behavior in a future son-in-law, regardless of his title or financial status.
The weeping woman showed Dorothea a note from her former betrothed, placing blame away from her. But, she said, her heart already belonged to another.
Dorothea was pummeled with questions. Was the woman royalty? How close to the throne was she? Then a gasp silenced everyone. Was it she?
“Of course - Sophie,” came one remark, countered by, “You mean, Elsa.” Snickering accompanied the comments. But no one dared speak Ludwig’s name.
Not long after the doomed engagement, Dorothea immigrated to America with her family. Duchess Sophie Charlotte married and raised a family. But she later fell in love with her doctor, a married man, leading to more heartbreak. The court declared her “morally insane” and sent her to a sanitorium for treatment of “sexual perversions.”
Sophie was cured of her moral insanity within several months. Following her release from the sanitorium, she joined a religious group. A fire broke out in the residence and she died, burned beyond recognition.

The band had reassembled, their music making further conversation impossible. Vondra’s vision would fade along with any details left untold. Had our ancestor truly encountered the duchess? Or was Vondra’s vision induced by a violin solo rendition of a Richard Wagner tune?