The first Wednesday of every month is officially Insecure Writer’s Support Group day, a day to talk about doubts experienced and fears conquered, and also to offer a word of encouragement for others who are struggling.


Be sure to visit the
Insecure Writer’s Support Group Website!!!
http://alexjcavanaugh.blogspot.com/p/the-insecure-writers-support-group.html

THIS SOUNDS DUMB!
After three weeks of traveling on the mainland, it has been difficult for me to get back into writing mode at home. Not so much writing mode, actually, as editing. My trip was mostly to do research for several projects, the major focus being on my latest novel. Now that the fun is over, I have to knuckle down. Applying the research to various scenes and chapters is the knuckle down part.
It hasn't helped that my calendar was packed with meetings and events for two weeks following my return. The final event was "A Taste For Books" silent auction to raise money for The Makiki Community Library, a non-profit, independent library that hosts our Sisters in Crime/Hawaii meetings each month. Delicious food, good wine, free books! And my auction-bid won a fine set of wine glasses and a pair of Hawaiian hand-dipped beeswax candles. No wonder I'm having a difficult time knuckling down!
My insecurity, and consequent (or is that subsequent?) inability to knuckle down, lies in how I feel about the plot cohesiveness of my WIP. It sounded great as I wrote the first draft, even held together through the second draft. Now that I am readying it for outside editing, suddenly this sounds dumb, that doesn't make sense, and the other thing definitely needs a complete rewrite.
When it comes time to open your work to criticism and editing, do you get the jitters like I do?

As a member of the national mystery writers’ organization, Sisters in Crime (SinC), and the Sisters in Crime/Hawaii chapter, I was tagged by a fellow "Guppies" author and blogger Linda Townsend, to join the September Sisters in Crime SinC-Up for Bloggers. We’re invited to answer questions about ourselves as an author. Here are the three questions I've chosen:


1. Which authors have inspired you?
Beginning with my early fascination for the mystery/crime fiction genre, I devoured the works of Rex Stout and Erle Stanley Gardner along with works by Agatha Christie that featured Hercule Poirot. I was never happier than when I discovered a new series such as those by Arthur Hailey, Robert Ludlum, and Michael Crichton. While living in Minnesota, I discovered John Sandford and his Lucas Davenport novels, then Michael Connelly, Sue Grafton, Jeffrey Deaver, Janet Evanovich, Nevada Barr, and Kathy Reich. I’ve read everything Stephen King has written, although I confess to reading only parts of Danse Macabre.


When I started writing my own mystery novels, Sue Grafton and Michael Connelly became my main role models, setting the bar extremely high.


2. If someone said "Nothing against women writers, but all of my favorite crime fiction authors happen to be men," how would you respond?


I’d be happy to hear they read at all. Nothing makes me cringe more than the response, “Oh, I don’t read books.” Novels are written to entertain the reader, and people should read what they find entertaining. I would, however, suggest a varied diet in eating habits and in reading. Even if a reader’s favorite crime fiction authors happen to be men, it wouldn’t hurt to read a novel written by a woman writer every now and then, if only to solidify the original opinion of reading preference. Variety, after all, is the spice of life.


3. What books are on your nightstand right now?


The print books on my “nightstand” are: Murder Casts A Shadow by Victoria Nalani Kneubuhl; The Pyramid by Henning Mankell; Last Lawyer Standing by Douglas Corleone, and The Queen and I by Sydney Lehua Iakea.


On the “desktop” of my e-reader are several anthologies, including Fish Nets: The Second Guppy Anthology, that I'm reading to compare the writing of novels to short stories for an upcoming panel discussion. Also on the "desktop" are: Angel Hero by Lizbeth Hartz; Waverly by Walter Scott (my book club’s reading choice for September); Jump Start Your Book Promotions by RP Dahlke; and Embryo 4: Catch Me by J.A. Schneider.


Some of the above authors are traditionally published, but the majority of my reading choices over the past few years are of independent authors whose works are available at Amazon.com including: Laurie Hanan, Sandra Nikolai, Rosemary and Larry Mild, Elizabeth Egerton Wilder, Karin Kaufman/K.T.Kaufman, and A K Gunn/Alain Gunn.


While I’ve invited some fellow authors to join in the fun of the SinC-Up Blog Hop for September, Part of the SinC-Up blogfest is sharing other blogs readers might enjoy. Please check out these wonderful authors, including fellow Guppy, Linda Townsend.

WRITERS NEED TO LAUGH AT THEIR OWN MIS-STEAKS 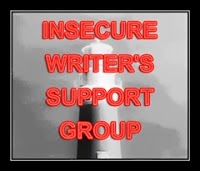 Be sure to visit the
Insecure Writer’s Support Group Website!!!

Editing a manuscript after spending months writing enough words to call it a novel might not sound like a fun project. But think of the ego booster when you come across a word, a paragraph, or a scene that makes you gasp, "Wow, did I really write that?"
As you can see, I am now in the editing phase of my WIP. While there may be a few of those "Wow" moments, I expect more morments of, "Huh, what the heck did I mean by that?" I've marked one such area already in an early chapter and still haven't figured out what I was trying to say. I do suspect it sounded brilliant when I first wrote the words.
Another problem that pops up, often, is repeated words. I guess they sound so good the first time, I want to keep using them. Not the typing error: He went went to the store. More on the order of: Sally decided to make soup for lunch. Deciding she would probably enjoy a grilled cheese sandwich, also, she took out the bread. A decision about whether to have hot chocolate with the meal would have to wait.
Of course, it is your responsibility as a writer to laugh at your own mistakes, taking pleasure in actually spotting errors before the Beta readers get their hands on the MS and really embarrass you!
What kind of mistakes do you chuckle about when you're editing your first draft?
(I'm leaving for the airport in one hour for a three-week vacation on the mainland, so I'm not able to add the names of the co-hosts for September, but I will check in and visit blog sites.)
﻿
Posted by Gail M Baugniet - Author at 8:00 PM 5 comments: