WHAT'S IN A NAME?


Do you think a particular character's name within a novel can make or break the story?

If the nice little old lady mentioned in Chapter 3 exhibits the exact same habit as your grandmother of tittering whenever she laughs, will you enjoy the tale more? Maybe the hero’s name matches that of a well-regarded high school sweetheart, or a less than stellar ex-husband. Will the memories conjured up by the mention of this name influence your opinion of the character one way or the other?

In my first draft of For Every Action, two of the supporting characters were:

1. Monica Allen, a friend of the protagonist, and

After I’d read aloud a scene involving these two characters to a Creative Writing class I attended, the first comment uttered was, “I was waiting for Monica to call him Mr. President.”

I had completely missed any connection to past “affairs” within the White House! And though the story contained no mention of D.C. politics, the two names together, Monica and Bill, conjured up distracting thoughts for members of the writing class, thereby breaking rather than making the story.

My protagonist's name, on the other hand, has unique qualities. Please allow her to explain:

Almost everyone calls me Pepper. I investigate insurance claims for a company in Wisconsin and the job allows me to travel around the country, but at times it can be murder.


My full name is Kai-Ena Lehua Bibeau.
My father's surname, Bibeau, is derived from the French word, bibau, a soldier who carries a lance or a crossbow. You've probably guessed that I enjoy genealogy research. Digging into family history as a hobby makes me sound like a nerd, but discovering ancestors can be a thrilling experience!

Lehua, my middle name, is for the lehua blossom, a beautiful Hawaiian flower. It commonly develops in various shades of red, orange, or yellow. The lehua kea, white-in-color, is difficult to find and then only on the largest of the Hawaiian islands, the Big Island. You'll learn how I got that name when reading the novel, For Every Action.

My given name, Kai-Ena, is Hawaiian, the language of my mother's people. 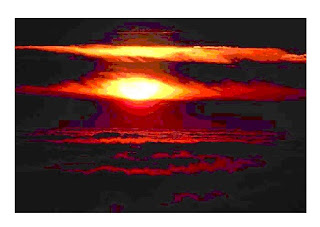 KAI is the Hawaiian word for Sea.
ENA means red-hot, glowing;
figuratively: raging or angry.
Kai-Ena translates to a
raging sea,
a storm,
a gale.
If my author had an ego, her alter would be me.
Posted by Gail M Baugniet - Author at 4:01 AM 6 comments:

Today’s post contains a tribute to a Baptist minister who became a civil rights activist.

On Monday, January 17, 2011, the country will observe ‘Martin Luther King, Jr. Day’ in recognition of his many contributions toward racial equality and the end of discrimination.

Much has been written about his life and accomplishments. His famous speech of August 28, 1963 describes a dream in which his children would one day be judged by the content of their character rather than the color of their skin. One U.S. Representative said of the 'I Have A Dream' speech that Dr. King had educated, inspired and informed the people of America and unborn generations.

Those unborn generations are today experiencing—from Dr. King’s words, his ideology, and his courage—the consequences of his actions. To better illustrate my statement, I will clarify my understanding of one word.


C O N S E Q U E N C E
Along with such meanings as result, outcome of action, or reaction, the word also means importance, significance, and magnitude; dignity, notability, and prestige. I believe Dr. King’s actions, and the results of his actions, fill any or all of these definitions.

Any novel rooted in the political atmosphere of 1968 will most likely mention Martin Luther King, Jr., who was assassinated in April of that year. A scene in FOR EVERY ACTION, set in the Art Institute of Chicago, involves one person’s reaction to a composite print of Martin Luther King, Jr. flanked by John and Robert Kennedy. In 1968, I was present at a similar scene when a woman voiced her opinion of that particular print on display. Because of my age at the time, I cannot say with any certainty today whether my negative reaction to her outrage was based on the words she used, her emotional state, or my discomfort with her public protest. I want to think it was a mix of all three.

Those of us already born at the time of the African American civil rights movement have also benefited from the nonviolent methods of Dr. King’s teachings. In his role as clergyman, activist, and prominent leader, the Nobel Peace Prize recipient, Martin Luther King, Jr., has given us all reason to believe we deserve equal rights in our lives, as members of society, as human beings, and as unique individuals. For this alone, Dr. King deserves recognition on his day of observation.