November: An Exciting Month for a Writer

This is the first year I chose to accept the National November Writers Month challenge to write 50,000 words of a new novel. Once I created a page on the NaNoWriMo internet site and signed up on Critique Circle to chart my progress, I had to make a decision about the setting of my next Pepper Bibeau Mystery. Then I started writing.


Thanks to the encouragement from a local NaNoWriMo writers’ group, which met each Saturday afternoon for a Write-In and word-wars, I was able to stay on track. In fact, I met my goal of reaching 50K words the day before Thanksgiving and on my page am labeled "WINNER!". http://nanowrimo.org/en/participants/gail-m-baugniet The experience was exhilarating for me and in the process, I have made many new friends, discovered another writers’ critique group, and have the first draft of my next novel on paper. “They” say, you cannot edit until you have words on paper (or desktop). yippee (small letters intended) now I can edit.


During the month of November, I also held a four-book giveaway on Goodreads for my second Pepper Bibeau Mystery in the series, DEADLY AS NATURE Envy Spawns Grief.

Copies of this novel are on the way to the winning readers in four states: Maryland, Florida, Minnesota, and New York. I thank the 610 people who entered the giveaway and congratulate the four people who won a copy of DEADLY AS NATURE.

Along with a five-day giveaway of my first novel, FOR EVERY ACTION, in eBook format on Amazon, I held a book review drawing for two “Pepper Dolls” as prizes. The winning names drawn are, for: 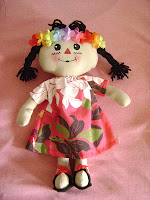 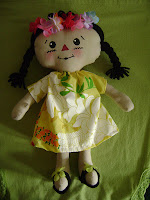 Mahalo and Aloha to everyone who joined in my month-long birthday celebration from October 22 - November 22, 2012.
Posted by Gail M Baugniet - Author at 6:00 AM 2 comments: