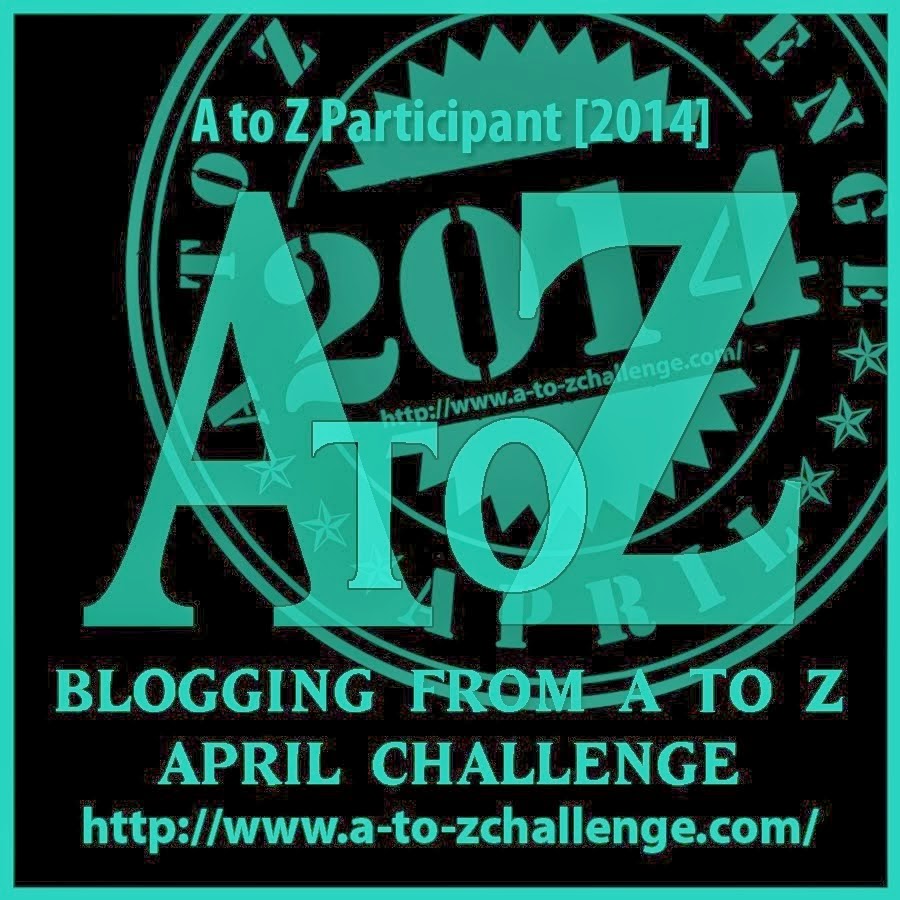 Thank you to Arlee Bird,
Alex J. Cavanaugh, and all the co-hosts
of the 2014 A to Z Challenge,
for your tremendous efforts
to 'make it happen' each year.

The theme of my 2014 A-to-Z Blog Challenge is BLUES, PUPUS, and REVIEWS.
Tuesday & Friday - BLUES: Art, Movies, Music, and Police;


When I worked in the Chicago Loop, my interest in Picasso was fueled by a daily lunchtime rendezvous with Picasso’s unnamed sculpture. Donated to the city in 1967, it dominated the Civic Center (Daley Plaza). 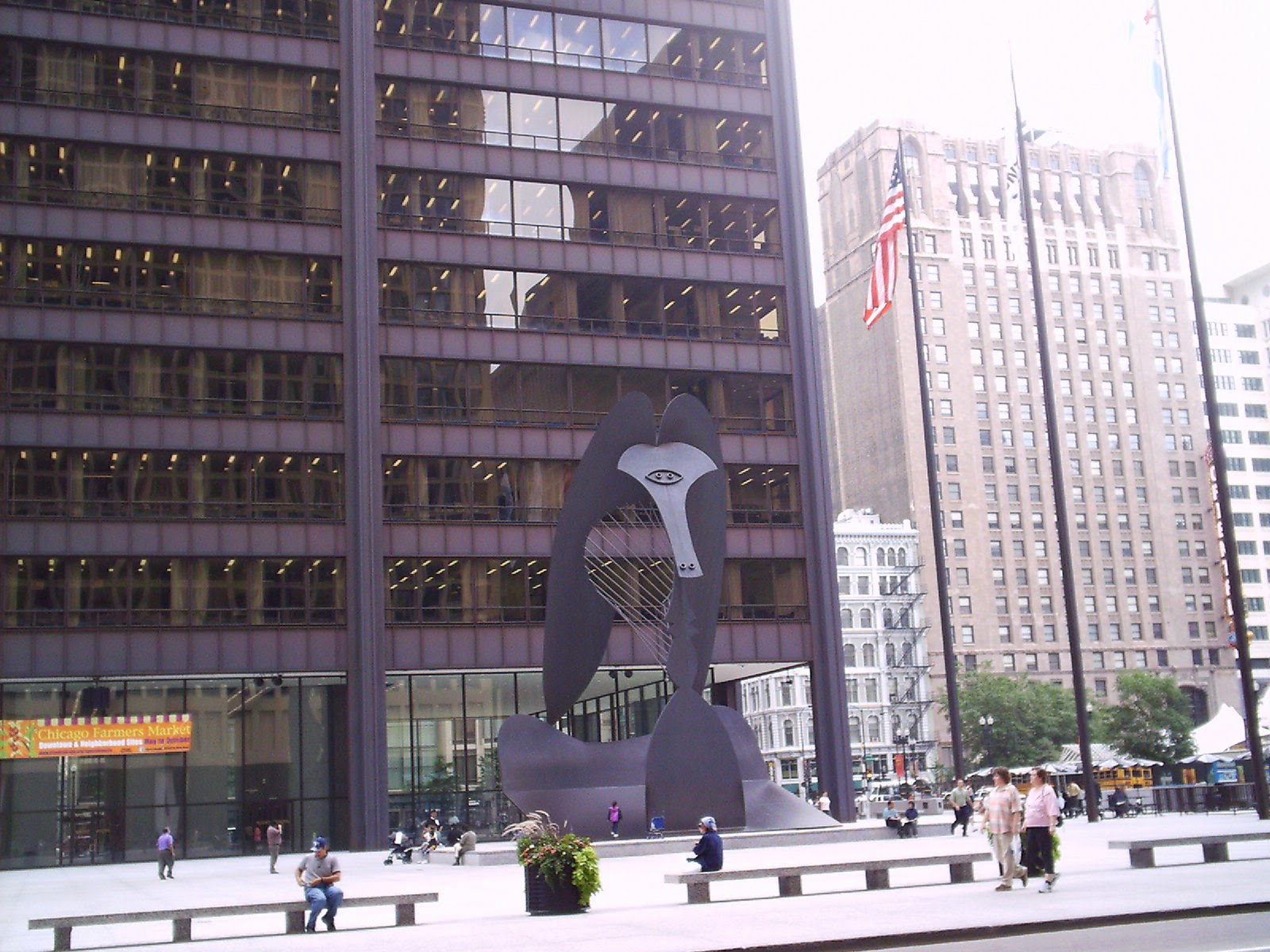 I also spent an inordinate amount of time at the Art Institute of Chicago (now The Chicago Institute of Art) in Grant Park. Picasso’s most popular ‘Blue Period’ painting, THE OLD GUITARIST, was displayed prominently there. I purchased a poster of the piece, framed it, and hung it on my apartment wall. Years later, the poster still triggered images of the original painting’s genius brush strokes. Far from feeling blue, the obvious message of despair Picasso projected, I felt my spirits soar.
I especially like the elongated fingers of the old guitarist in the painting. They reflect the influence El Greco had on Picasso. His blue period, from 1901 through 1904, was dominated by themes of loneliness and poverty, possibly sparked by his friend’s suicide.
Some say it was not poverty that led Picasso to paint the impoverished outsiders of society: beggars, prostitutes, drunks, and outcasts, but that he painted them made him poor himself. If this is true, does it follow that subject matter also determines a writer’s spiritual wealth?

﻿﻿
﻿
﻿﻿
‘Tis the week before ‘A-ToZ’
And all ‘round the world
Stressed bloggers are panicked
If truth now be told
Some posts are pre-written
And ready for view
A, B, and C, mostly
A few up to Q
Then out pops that brick wall
Of re-al-i-ty:
Be-hind eSS trails yoU
And eXe follows Vee
What’s left yet to scribble?
A Quixotic mess
Can usufruct* save me?
That’s anyone’s guess!
Take stock and breathe deeply
It’s only a game
No “Hunger” rules dictate
And nothing draws shame
Showers of April bring
May flowers of glee
Bright tunnel’s-end strobe lights
Declare “Victory!”
*Usufruct - the legal right to use and enjoy the benefits and profits of something belonging to another
Join Arlee Bird's April 2014 A to Z Challenge:
http://tossingitout.blogspot.com/p/to-z-april-challenge-information.html
Posted by Gail M Baugniet - Author at 10:00 PM No comments: 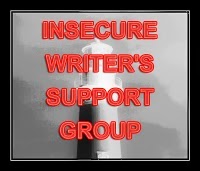 It is often tempting to slip into the role of Lara Croft: Tomb Raider, to pretend I am the master of my universe, capable of accomplishing anything from bungee cord somersaults and helicopter jeep-drops to Samurai stick-fighting and barefoot Alaskan dog-sledding. Then I hit a brick wall of reality that sets me back on my heels, creating indecision and uncertainty.

As I struggle with my latest WIP, searching not for a 5000-year-old key to time management but for simple direction, my confidence wavers and insecurity tunnels ever deeper. Of course, all doubt needs fuel for sustenance, and self-pity is a consistent, ever-replenishing supply source.
Soon, rather than continuing to wallow, I realize a reward is in order for all that I have already accomplished. I apply a quick swipe of make-up, slip into a "non-writerly"' (i.e.: clean and unwrinkled) set of clothes, and head for the monthly Honolulu ‘EAT THE STREET’ food wagon round-up down on South Street. This month’s theme is Chocolate, and I plan to indulge!
Everyone knows chocolate is a much better source of fuel than self-pity for sustaining a healthy mind and body, and that is why I plan to reward myself . . .


until the cacaos come home.