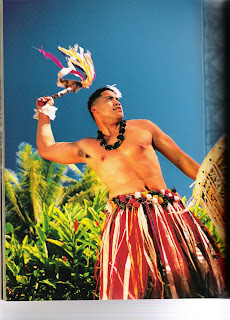 While editing a short story today, I noticed a Hawaiian name, Ma'omaka, that I had applied to a hapa-haole (part-Caucasian) character: Ma’o for green, maka for eye. I didn’t use the name to suggest she was envious or jealous, but as a detail of her Irish ancestry.


It got me thinking that no word in a short story, or even in a novel, should be used without purpose. I should only use words that give meaning to the story. If a man steps into the scene wearing a green shirt, it is important to know the reason he is wearing the green shirt.


Why is it important to the reader that the man is wearing a green shirt? Is it because the shirt is green? Or because it is “that” shirt? Or maybe because he is the one wearing the shirt?


1. The man walked into the room tugging at the collar of his green shirt. He didn't especially like the color green, but his mother picked out all his clothes and this shirt had been on sale at Penneys, half-off. She never passed up a sale on shirts, regardless of color.


This might suggest to the reader that the man is sort of a “Mama’s boy.” In this example, the color of the shirt is almost incidental.


2. The man walked into the room wearing a green shirt. Last week, he received the shirt as a birthday present from his wife who loved the color green. He hated it.


Might this suggest he is hen-pecked, or that he also hates his wife?


3. The man wearing a green shirt walked into the room. The shirt belonged to his lover who had jilted him only last week, discarding the crumpled shirt on the closet floor.


So many possibilities here.


In each case, the reader interprets the details based on experience which may have nothing to do with the color green. Maybe the reader had a domineering mother who insisted on choosing all her wardrobe items for her. By hinting at the character’s thoughts, it offers the reader an opportunity to relate to the scene or the character in a personal way.


To me, this works better than utilizing the green shirt only to veil “all those rippling muscles outlined by a downy coating of blonde hairs.” Well, maybe not.
But unless the secret to a mystery is concealed under that green shirt, I plan to give it a role, or remove the shirt completely.
Posted by Gail M Baugniet - Author at 10:00 PM No comments:

﻿
My penchant for reading mystery novels led me to choosing the mystery genre when I decided to write a novel. The idea of writing a series germinated in the back of my mind, but my focus was on getting the first story on paper and developing my characters. What I knew of my protagonist was included in the first novel. If I liked her enough to keep close, great. Otherwise, there were other options.

As things worked out, Pepper Bibeau became my alter ego. Not that she is a second me, more a trusted friend because what we have in common is friendship. In my first novel, FOR EVERY ACTION, Pepper's physical appearance and heritage were patterned after two of my most trusted friends.

One of my role models is author Michael Connelly, who has some interesting suggestions about writing a series. He says everything you know about your protagonist at the time should go into your current story, not be held back for the next novel.

You can read more of Mr. Connelly's suggestions from his CraftFest session at ThrillerFest “The Series Character: How to Do It Right” here:

Some of my favorite Michael Connelly novels:

The interview featured below with author Kenneth Hoss was posted on April 22, 2013.

My guest today is a good friend, fellow author and member of The Independent Author Network, Kenneth Hoss. Ken was born at Carswell Air Force Base in Fort Worth, Texas and served a combined total of fourteen years on active duty in both the U.S. Army and U.S. Navy. His tours of duty took him to such diverse locations as Europe, Hawaii, Guam, The Philippines, South Korea, Japan, Hong Kong, Okinawa, the Middle East and Pakistan.


Welcome, Ken, and thank you for participating in a Fast Forward interview today to discuss the second novel in your Kelli Storm Police Procedural series. A story’s protagonist often reflects an author’s personality, or displays characteristics the author has chosen to explore. Can you please share with us some of the back story that defines your protagonist, Kelli Storm, but isn’t included in the published novels?


KENNETH HOSS: Well, there isn’t much to add to Kelli’s story, as her life is an open book, no pun intended. She is a composite of people, both men and women, which I have interacted with over the years. There is, I will admit, some of myself in her too. We have both had our trials and tribulations. 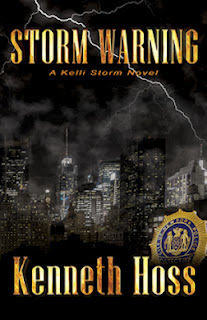 FAST FORWARD: After writing the first novel in a series, it seems that subsequent novels would flow out fully formed. The author has the basics down: format for the storyline; a feel for the proper number of plot lines and chapters; techniques for creating a charismatic protagonist and supporting characters; secrets to making the antagonist likeable; and guidelines for adding conflict right up to and through the denouement. How has writing become easier for you; and what remains as difficult now as when you wrote the first novel?


KENNETH HOSS: It has become easier in the sense that both Kelli and I have gotten to know each other over the course of the first two books. I know how she thinks, how she will react in a given situation. With the first book, I had a basic idea of Kelli, but I didn’t really know her until the end of the book. With the second book, I wanted the story to go in a different direction from the first book, but Kelli didn’t and it took five false starts before I listened to her. After that, it flowed. What I am still finding difficult after the first book is my discipline. I still find myself procrastinating instead of writing, though I am getting better.


FAST FORWARD: To hold a reader’s attention, a series protagonist must continue to grow or change in each novel. In Sue Grafton’s ABC series, Kinsey Millhone does not age (much), or get married, or acquire children, but she expands her knowledge of the job, begins to carry a gun, and discovers family relatives who are woven into the storyline. Without revealing any spoilers, how has your protagonist developed or changed from Book #1?


KENNETH HOSS: In the first book, Kelli would let her anger take over, get the best of her at times. In book two, she is learning to control it, not letting it run her. I won’t say that she doesn’t still get angry, but at least she hasn’t threatened to blow someone’s head off lately.


FAST FORWARD: A series requires the presence of a continuing main character. Often, however, there is another recurring character. The almost infinite pairings of main characters with guy/girl Fridays or wingmen could claim its own category on Jeopardy. Two Mystery/Suspense series authors and their interesting (equal or supporting) characters that come to mind are Tess Gerritson’s Rizzoli & Isles; Clive Cussler’s Dirk Pitt and Al Giordino. Is there a recurring secondary character in your series? What is the purpose/role of that character within the plot?


KENNETH HOSS: There are several recurring characters in my books, though the main one would have to be Kelli’s ex-husband, Kevin. He first appears in book one when Kelli needs his help. There is still a spark between them after several years and this only serves to complicate her life even more.


FAST FORWARD: Researching a new novel takes the author on a journey to many new places, whether through books, movies, newspapers, or physical travel. What did you most enjoy about the research process of your second novel, and where did your research take you?


KENNETH HOSS: I enjoy everything about researching a book, and I am always learning new things. In book two, my research took me deeper into the world of the Colombian and Mexican drug cartels, and it was extremely eye opening. I read things that I could not include in the book due to the graphic nature, even though there are several descriptive scenes in the book. Most of my research was taken from current events, at the time of writing, which was and still is some very scary stuff, especially since I live in North Central Texas.


Where can fans of your novels find you and your books on the Internet?