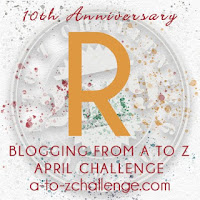 “I opened this place twenty-five years ago,” the elderly restaurant owner said. “Recently, I expanded but retained Ghent’s artistic ambiance. Were you up to St. Bavo’s?”
“I viewed ADORATION OF THE MYSTIC LAMB earlier.” My guide indicated the restaurant owner readily discussed van Eyck’s oaken panel ployptych on rainy days.
“Yes, yes, of course,” he said. “Such history – stolen panels once lost for a hundred years; then the ployptych sent to France for safekeeping until Germans swiped it. After yet another recovery, two panels stolen in a 1934 blackmail scheme. Only one panel was ever returned.”
He said only one panel was returned, I noticed, not that only one had been located.
“The Ghent Altarpiece is a world masterpiece,” he continued. “Whoever stole the panels knew what leverage they possessed.”
“Leverage for what?”
“A message was sent directly to Bishop Coppieters demanding money. But authorities refused to allow payment.”
“Why was the ransom note directed to the bishop?”
“Aha, you pounce upon an unusual circumstance that no one has publicly addressed over the years. Yes, yes, why did the bishop receive the note? The panels were stolen from his church, but was that the only reason? Also, what was the bishop’s role in the theft?”
“You believe Bishop Coppieters was involved?”
“Certainly. The exorbitant ransom request suggests the theft was not about money. Another motive was in play. Consider the bishop’s attempt to recuperate the panels. He borrowed from the church treasury to meet part of the ransom. How he arranged to pay is unknown.”
“Was the theft a warning of sorts?”
“My theory rests on the history of an Irish saint. He came to perform good deeds in Ghent and was killed. Anger grew against pagans suspected of the heinous act. Blaming the saint’s death on the work of the devil, an underground group performed exorcisms on those declared guilty. The cure was far worse than the crime. Relatives vowed revenge.”
The owner stood.
Hastily, I wrapped all my confusion into one question. “Do van Eyck paintings and exorcisms have something in common?”
“Yes, yes,” the owner said, sitting again. “The bishop was trained to perform exorcisms. Who better for descendants to enact vengeance upon than one who continued the practice of exorcisms? Stealing The Righteous Judges panel answers that question. Exorcists had acted as judges; thieves extracted righteous justice.” 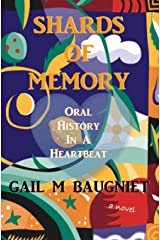