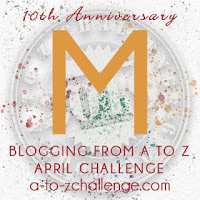 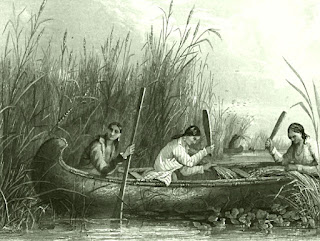 An unexpected event on this autumn day forever won Alsoomse’s admiration of the mystical being, Padnini. Her duty for the rice harvest was to help paddle a canoe along the St. Lawrence River. Maniwaki tribesmen harvested the wild rice by bending the stalks with two sticks held between nimble fingers. With a quick flick of their wrist, the grains fell into the canoe’s hull. A guide steered while Alsoomse propelled them forward.
As the sun rose higher, Alsoomse’s arms grew weak. The river’s flow thundered in her ears. She swooned and fell into the chilled waters, her thoughts fading as she sank deeper.
Alsoomse slowly envisioned Padnini, the trickster who dwelled within the forest. Some in his group of magical beings performed dangerous acts such as kidnapping children. But Padnini’s pranks were harmless. Why had he chosen the day Alsoomse participated in a centuries-long ritual of harvesting wild rice to play tricks with her life?

Her eyelids fluttered as warm breath filled her lungs. She recognized her father and asked, “Have I died?”
“You are saved to do great things, Alsoomse,” he said. “But you are yet too young to participate in this tradition. Our decision to include you was ill-conceived.”

While recovering, Alsoomse received special attention. All accepted blame for allowing her participation in the harvest without realizing the possible consequences. Yet none considered her too young to participate. Her father had uttered those words only to appease the evil powers.
The more dangerous of the magical beings believed that they alone had a right to earth’s bounty. As revenge for the tribe’s tradition of harvesting wild rice during the equinox, they had attempted to end a helpless girl’s life.
“Father,” Alsoomse said one morning, “When I fell into the river, was I invisible?”
“Yes,” he said. “Never before have the angry ones made a human invisible. We could not save you.”
“Then why am I alive?”
“That mischievous Padnini saw your plight,” her mother said, “and made you visible over the protestations of the evil ones. We know not what he has in store for you.”

The teacher welcomed Alsoomse back to school. Life returned to normal. And on her way home the first day of winter, Alsoomse slipped and fell on a patch of ice she would have sworn was not there a moment before.