N is for NOSE KNOWS WHAT TONGUE TASTES 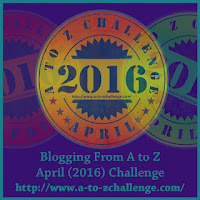 For this year's challenge, my theme is The Fun in Writing. Each of my 26 posts for April is aimed at illustrating fun parts of an author's day. A writer doesn't only write. Creating a story or an essay requires research, revision, editing, and lots and lots of coffee and chocolate.


It is difficult to describe the pleasure I derived from writing the poetry that ultimately became a little book: ANOTHER NEW BEGINNING. I believe my participation in years of April A to Z Challenge prepared me to "stick with it" until I wrote and edited all 70 poems. This light-hearted poem reflects our unique ability to absorb emotions.


sugar to the mix.


Scooped atop the filling


until peaks curl and brown.


Mom always had little tricks for making foods taste a bit more special. She added small amounts of sugar to her pots of chili. She grated lemon rind and added it to her lemon pie filling to give it that extra tanginess. The back of my mouth waters just thinking about the flavor of her lemon pies.
Her meringue always came out with perfectly browned and curled peaks. I guess all of her desserts seemed perfect to me. The only “tale” we ever heard as kids was the one about the chocolate pudding.


Dad loved to tell the story about when they were newly married. Mom attempted to make chocolate pudding for him. He said it ended up the texture of tanned horse-hide. He always got the “faux air slap” gesture for telling the tale, but I think Mom enjoyed having him tell it. She had no inadequacies in her role as homemaker.


While Dad served in the Army during World War II, she ran the household and took care of three small children. Rosie the Riveter, doing her patriotic duty in the factory while her man protected the country’s freedom, had nothing on my mother. Housewives kept “home fires” burning during that time. When the men returned home to their families, they found strong, independent women waiting for them.


Images of “Leave It To Beaver” moms and “I Love Lucy” wives were as much a joke to these women as to the men. 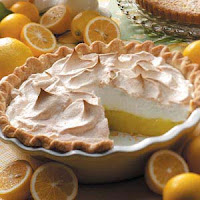