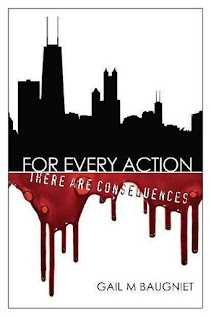 During the civil unrest of 1968, 26-year old Insurance Investigator Pepper Bibeau's arrival in Chicago sets her on a collision course with death. A questionable medical claim, or a background check on a man who admits to stabbing his wife, leads to the murder of her friend. Pepper connects an apparent suicide to a child's drug overdose and suspects that people who should be helping her are indirectly involved.

Pepper's 12-month deployment in Vietnam with the Army Nurse Corps didn't prepare her for the streets of Chicago. Someone slams her head against a brick wall, sending her to the hospital with a possible concussion. A CPD homicide detective urges her to drop the investigation and leave town. But her friend is dead. A child in a coma. Until Pepper exposes those responsible, she's staying.
Show more
Show less
In trade book format and eBook ($0.99 or free with KU membership) on Amazon:


Pepper Bibeau Mystery novel FOR EVERY ACTION There Are Consequences 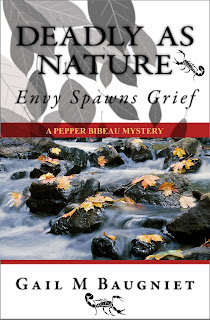 In trade book format and eBook ($0.99 or free with KU membership) on Amazon: 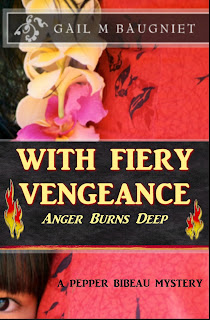 Insurance Investigator Pepper Bibeau returns to Hawaii in December, 1972, where a vengeance-filled stalker shadows her from Island to Island. While in Hawi on the Big Island, to visit her fourteen-year-old son and attend her cousin's wedding, Pepper discovers a body on the blood-soaked back seat of an abandoned classic Woody. A poorly executed plan of a local police detective fails to trap a suspect, who then flees to O'ahu.
A Wisconsin woman is injured in an accident on O'ahu. The husband threatens to sue his insurance company. Pepper's assignment is to get his signature on a medical insurance release form. After the suspect in Hawi flees to the labyrinth of Honolulu's Chinatown, Pepper follows. Her plan is simple: settle the medical insurance claim, and flush out the suspect.
Personal strife, unexplained deaths, and ghostly events are interwoven with the burning anger of a father who has lost all reason. With the sanity of a killer in question, Pepper must fight to save her family, and herself. 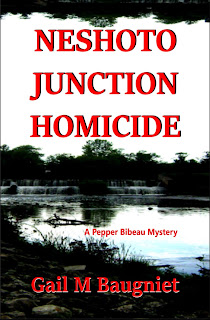 Her head is already spinning over a marriage proposal from Homicide Detective Rick Janus, father of her 14-year-old son. A last-minute assignment to investigate questionable medical claims on preteen sisters adds to the tension.

Before she can relax, someone sends her tumbling into a storm-swollen river, a crude attempt to conceal a dead body. With a young girl's life at stake, she must uncover an unlikely connection between an abandoned rifle and a litany of environmental complaints. Unearthing a killer may depend on Pepper’s unbridled curiosity, and her ability to stay alive. 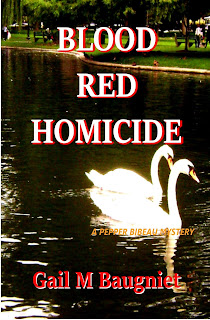 Instead, her boss sends her to New England to investigate a hefty life insurance claim on a Boston Red Sox player. While on the injured list and recuperating with the club’s farm team, the popular left fielder died under suspicious circumstances. Pepper’s main contacts are a big insurance company representative whose job may be in jeopardy and the homicide team assigned to the case. She may not understand all the rules of major league baseball, but she knows how to score answers when a questionable claim is on the table.

With local mobsters gunning for her, Pepper’s survival instincts escalate to high-pitch alert. She aims for a grand slam of clearing a questionable claim, helping to solve the homicide case, facing illusions of family security . . . and staying alive.  Pepper’s main contacts are a big insurance company representative whose job may be in jeopardy and the homicide team assigned to the case. She may not understand all the rules of major league baseball, but she knows how to score answers when a questionable claim is on the table. 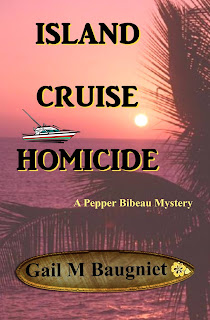 On a private cruise of the Hawaiian Islands with her family, including two teen-aged boys, Pepper Bibeau quickly discovers that the hired deck hand is her irresponsible cousin Paka Reyes from the Big Island. When a dead body washes up on the beach at Haleʻiwa before the cruise gets under way, she doesn’t expect smooth sailing ahead.Enjoy a tour of the Hawaiian Islands set in 1978, before cell phones and lockdowns. Prepare to sail the ocean between islands; hike and bike rugged mountain trails; swim, snorkel, and surf the crystal clear waters of paradise. Dine Hawaiian-style with family and crew. Meet some local folks on the islands of Oʻahu, Kauaʻi, Molokai, Maui, and the Big Island of Hawaiʻi.Expect a few surprises along the way including the disappearance of an elderly but charismatic surfer that leads Pepper on a treasure hunt of clues to the man's fate. Discover what a dead body, an end of a career, the mystique behind a surfer's life, and the theft of a surfboard have in common - if anything.
* * * * * * * * * * * * * * * * * * * *
*************************
Personal Poetry Collection 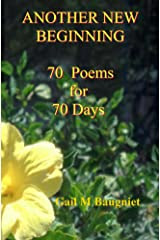 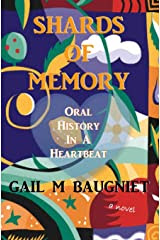 This novel, SHARDS OF MEMORY - Oral History in a Heartbeat, presents a heartwarming experience of emotional healing through storytelling, with a touch of romance and mystery woven throughout. Young Gahlen spends an inordinate amount of time with both sets of grandparents after a tragic accident permanently disfigures the child's leg. Eager to assure their grandchild of the lasting bonds of heritage, each grandparent shares tales of ancestors from Europe, Ireland, or Quebec, Canada. Their stories reveal hardships and joys along several branches of two families, from life in their homelands before 1838 and emigration, to a 1938 wedding uniting the two families.
A plan designed to entertain and educate Gahlen brings solace to the grandparents as they relate family stories, recall poignant memories, and ultimately come to terms with grief in their own lives.
Amazon.com: Shards Of Memory: Oral History in a Heartbeat (9781722132804): Baugniet, Gail M: Books
* * * * * * * * * * * * * * * * * * * *
SHORT STORY MYSTERY
ANTHOLOGIES
*
MYSTERY IN PARADISE
13 Tales of Suspense
by 13 Masters of the Genre
From cozy mystery to classic crime, from gumshoe to urban noir, MYSTERY IN PARADISE is a collection of twisted, heart-pumping tales of suspense in all its guises. These 13 utterly unforgettable stories by 13 of the hottest authors to hit Hawai`i’s literary scene are sure to leave you with chicken skin as they take you on a ride through the seamier side of Paradise. 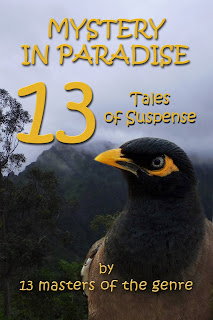 Chinatown has always been good for a mystery. THE JOSS AT TABLE TWELVE is a traditional cozy. In THE CHINATOWN CONUNDRUM, a reporter gets the scoop on a bloodless corpse found in a back alley. In THE FACE, an off-duty HPD detective and a fourteen-year-old girl team up to investigate the murder of a homeless man beaten beyond recognition. A seemingly simple infidelity case soon turns deadly, in THE KAHALA CAPER.
THE MAN WITH THE BLACK FEET poses the question: What happens when a man is stripped  of everything that makes him feel important—his career, his family, his health …? In POI DOG, a fraud examiner thinks it’s going to be a dreary day in Waikīkī, but appearances can be deceiving. LOVE SHACK questions the meaning of loyalty, the depth of love, and the seduction of greed. In ADRIFT ON KANEˋOHE BAY, a glorious day-sail takes a tack into a deadly enigma.
In TOURISTS, islanders know no matter how romantic, you don’t swim at night. Mystery shows its humorous side in BAD HAIR DAY, when two pals take up the search for a missing Honda. GLORIA was the best. But what does that mean? Why did she die? In WAR, LOVE, FOOD, AND TRUST, a woman works under cover to learn whether Honolulu restaurants are compliant with World War I conservation regulations. Psychological thriller FROSTED is the tale of a woman with an icy stare and a chilling secret.

DARK PARADISE
Mysteries in the Land of Aloha 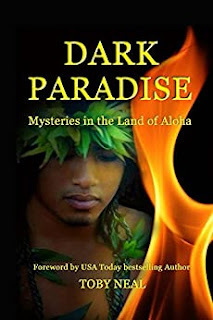 When top local mystery authors in Hawai'i collaborated to create
DARK PARADISE Mysteries in the Land of Aloha,
a mix of intriguing short stories set in their own Hawaiian backyards, mystery lovers were guaranteed a suspenseful reading experience.
17 unique tales showcase a cast of characters that represents a melting pot of nationalities, strong family ties, expectations, fears and pleasures of living in the sunny and dark sides of Paradise.
Included is a Foreword by USA Today bestselling author Toby Neal who "Pays It Forward" with advice for authors interested in advancing their knowledge of the art and craft of writing.
* * * * * * * * * * * * * * * * * * * *
PARADISE PASSION MURDER
10 Tales of Mystery From Hawaii 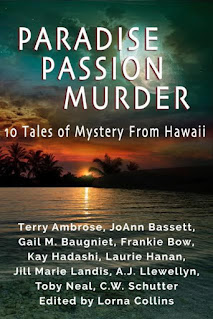 From the Big Island to Kauai, the far side of Maui to the bustling streets of Honolulu, experience paradise in all its glory...and darkness. This collection of ten stories brings out the beauty of the islands, the passion of the tropics, and, yes, murder. Join ten writers who love the islands and want you to savor the tropics while benefiting literacy in Hawaii.
Join authors Terry Ambrose, JoAnn Bassett, Gail Baugniet, Frankie Bow, Lorna Collins (editor), Kay Hadashi, Laurie Hanan, Jill Marie Landis, AJ Llewellyn, Toby Neal, and CW Schutter for
Paradise, Passion, Murder.
* * * * * * * * * * * * * * * * * * * *
************