A small-town gal best describes me because I enjoy the simple things in life! I am a native of Wisconsin, born in the small town of Two Rivers located on the scenic western shore of Lake Michigan. Yes, I actually went swimming in the chilly water during the summer years of my youth! I also spent many years actively participating in the state's typical winter sports: cross-country skiing, ice skating, and snowmobiling. Consider me a true-green fan of the Green Bay Packers.﻿﻿

Over the years, reading and writing were an integral part of my eclectic employment history as an Insurance Underwriter, Statistical Coder, and Claims Adjuster; as a Professional Realtor; as a Police Reservist and Part Time Peace Officer; as a Police Dispatcher, and finally, as a Security Dispatcher for one of the largest open-air malls in the USA. During this time, I also composed short stories and haiku poetry for personal enjoyment.

﻿﻿﻿﻿Now that there is time for me to write novels, my lifetime experiences offer plenty of background
material for a mystery series. My first self-published Pepper Bibeau mystery novel, FOR EVERY ACTION, is set in 1968's Chicago Loop. The second novel in the series, DEADLY AS NATURE, is set in the eastern part of Wisconsin, including Washington Island off the tip of Door County Peninsula.
The third novel in my Pepper Bibeau Mystery series, WITH FIERY VENGEANCE, set in Hawaii, was released on December 7, 2014, Pepper's birth date and the anniversary of Pearl Harbor.
. 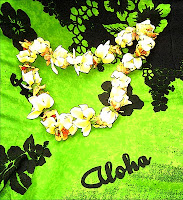 After living in Two Rivers, Green Bay, Chicago, and Minneapolis, I now send you greetings of ALOHA from my home in Honolulu, Hawaii. I am president of Sisters in Crime/Hawaii, the local chapter of Sisters in Crime, Inc., and a board member of The Makiki Community Library where our monthly meetings are held. When I'm not writing or reading, I like to stroll around O'ahu and take photograph of whatever strikes my fancy, then either write a "walkabout" story or a haiku of the scene.

In 2012, for the first time I accepted the National Novel Writers Month, NaNoWriMo, challenge to write 50,000 words in a month, and am proud to say "I AM A WINNER!" To remain sharp, I now participate each year.

Not satisfied with my topic choice for 2013, I did a personal Novel Writers Month in Jun/Jul, 2014 and wrote the first draft of my fourth Pepper Bibeau mystery, the first of three "Homicide" titled Pepper Bibeau mysteries, which I published in January, 2015, on what would have been my father's 100th birthday.

In November, 2014, I wrote the first draft of my fifth Pepper Bibeau mystery, Blood Red Homicide, which will be available on June 24, 2016, what would be my mother's 100th birthday. 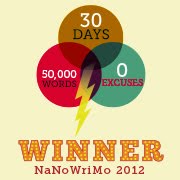 You are welcome to check out my author page at Amazon.com﻿ and my Pepper Bibeau mysteries.  Reviews of my novels are always welcome!
http://www.amazon.com/Gail-M-Baugniet/e/B004QYTEGC/ref=ntt_athr_dp_pel_1
To contact me via email: gbaugniet@aol.com

New comments are not allowed.